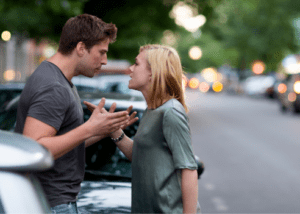 Domestic battery or domestic violence is a serious violent crime that is characterized as being committed in the context of an intimate relationship. An assault does not need to be committed by a family member to be considered domestic abuse. So long as the crime was committed by someone with whom the victim shares a known relationship, the incident may be investigated as a domestic dispute by a Las Vegas Lawyer.

Domestic violence involves the use of power, coercion, and violence to control another. The close relationship between the victim and offender often bonds the two together, making it difficult to leave such situations. This crime is recognized by Nevada state law and is prosecutable by law enforcement. If you or someone you know is facing serious legal charges of domestic violence, you need a rigorous Las Vegas domestic violence lawyer on your side to help you reach the most favorable outcome.

What happens when you get a domestic violence charge?

If convicted of domestic violence charges, you could face serious penalties such as high fines, jail time, and counseling related to the charges. If the accused is found guilty, a mandatory minimum sentence must be served. Depending on whether it was the first, second, or third offense, violators will face more severe charges as their offenses rise, resulting in greater penalties.

According to Nevada state law under Code section 33.018, domestic violence occurs when a person commits one of the following crimes against an intimate partner:

Is assault the same as domestic violence?

General assault differs from domestic violence in one key way, and that’s the relationship between the victim and perpetrator. Domestic violence cases are classified as such when the accused has an intimate relationship with the defendant, such as being a spouse, relative, or parent. Assault, on the other hand, is the intent or attempt to cause physical harm to someone that is a stranger. In both types of offenses, the intent to harm is considerably taken into account when determining guilt.

Is a domestic violence charge a felony?

Domestic violence charges can be classified as a misdemeanor or a felony. This decision is usually made dependent on whether the offense is made in the first, second, third, or subsequent degree, but if the results of the offense are severe enough, a first-degree charge may still be classified as a felony. First and second-time offenders of domestic violence can be charged with a misdemeanor, which is a lesser charge than a felony. Third and subsequent offenders will be charged with a Class C felony battery and will be expected to reap the consequences of such actions.

How Does Ask a Las Vegas Lawyer to Court Case Proceed?

There are multiple steps in the court case proceedings, all of which your Las Vegas attorney will be by your side to represent you. Here are those steps:

The arraignment is the first step in the process. At this hearing, the accused will be formally read their charges. During this time, the person accused of domestic violence will plead guilty, not guilty, or no contest. Pleading “no contest” means that the accused accepts their conviction but refuses to admit guilt. Your Las Vegas lawyer can help you make the most appropriate decision in regards to plea bargaining using the information presented in your case.

The pretrial conference varies by case, but the ultimate goal is to settle the case without going to trial. If you plan on pleading guilty or no contest, then your sentence will be recommended by the judge based on the following factors:

Keep in mind that the State of Nevada does not allow reduced sentences for pleading guilty or no contest. The judge will not consider this in the sentencing recommendation and if the defendant refuses the offer made by the prosecution, their case will inherently go to trial. Pleading guilty will also ensure your case is set for trial.

The pretrial phase occurs directly before the trial. It gives the prosecutor and the defense time to gather all necessary information that may be useful in pleading their case. Defense lawyers and prosecutors may trade documents, hire experts for testimony, and prepare their defenses.

During the trial, the prosecutor’s goal is to present as much evidence as possible to the court in an effort to prove the defendant’s guilt of the crime. Some of the evidence that may be presented includes the testimony of the victim, undoctored photos of the domestic violence, medical records of the victim, and 911 recordings. The defendant’s lawyer will then get the chance to show the flaws within the state’s case to prove that their client is innocent using evidence, witness testimony, and more.

Can you expunge a domestic violence charge?

Domestic violence charges may be expunged in some states such as California. However, states like Nevada, have made it impossible to expunge domestic violence records. With that said, you can have your record sealed which will essentially hide your record from others like potential employers and more.

To successfully seal your record, speak with your Las Vegas domestic violence lawyer. They will help guide you through the process of sealing your record so you can get back to normal life.

I am being falsely accused of domestic violence, what do I do?

Domestic violence charges are no small matter and being accused of such a crime in no way determines your guilt. Falsely made allegations of domestic violence can be brought on for a variety of reasons, from an angry spouse trying to lash out, to your partner wanting to gain an advantage in court. Many times, the accusation is very different from what actually happened. As a result, you may have been improperly charged. However, the domestic battery laws in Nevada strongly favor the alleged victim and arrests are often made with little to no evidence.

In such an instance, you’ll require an aggressive domestic violence legal team to defend your case. A domestic violence lawyer has the knowledge and expertise to undertake false battery charges to keep you from facing unwarranted penalties. They will be able to find all the missing links necessary to prove your innocence and see that justice is served.

The State of Nevada takes domestic violence very seriously. Cases are prosecuted vigorously, and often leading to steep fines and prison time. To prevent such serious penalties from affecting you, connect with the best Las Vegas domestic violence attorney to represent you. Your domestic violence lawyer will learn all the details of your case so that they can properly approach your situation and reach an appropriate outcome in court.

At the Spartacus Law Firm, we achieve the maximum results possible for our clients, while striving to meet their personal needs throughout this time of turmoil. If you have been charged with a domestic violence offense, please contact our office for a free consultation.